Riyadh Golf Club is the go-to recreational and social getaway from the capital. The Club is open to all and provides fun and exciting golf experiences for beginners to established players whether men, women or children. The facility also offers a range of meeting rooms, restaurant areas and outdoor seating to host your personal or corporate events. As well as an attractive range of facilities for families, members and corporate communities, Riyadh Golf Club offers memorable visits to all.

Golf Saudi facilitates uptake and participation in golf through the delivery of world-class facilities, operational excellence and the implementation of industry best practice to position the Kingdom as an exceptional golfing nation. Combined with grass roots training and educational programmes that introduce people to the game at the earliest opportunity and with the greatest ease, Golf Saudi is committed to delivering a dynamic national development programme that transforms the golfing landscape.

Partnering with Riyadh Golf Club will elevate your brand and help you forge long lasting connections with your clients. RGC is a benchmark in quality and experience in Riyadh and as a partner you will have access to the club’s facilities, impressing your clients through membership benefits, brand association and event hosting. To discuss opportunities available at the Club, please contact our Partnerships Team. 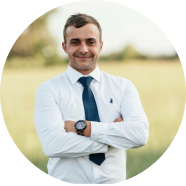 Abu Dhabi Golf Club was a major steppingstone in his career, Theo started in the retail department supervising the golf shop and conducting club fittings to members and guests of the Club. Theo progressed into Membership and then Leisure Manager, overseeing both Abu Dhabi Golf Club and Saadiyat Beach Golf Club from 2016 to 2019. 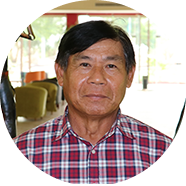 He joined Bulacan Garden in 1991 after a two-year stint in Riyadh, Saudi Arabia. He participated in the construction of Tagaytay Highlands Golf Course. In 1992, he was designated as Project Lead for the renovation of an 18-hole golf course, the TAT Filipinas Golf Club in the Philippines.

In 2002, he was sent by the company to head the construction team at the current Riyadh Golf Club, where he’s been ever since. 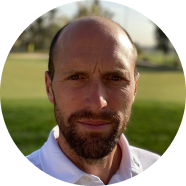 Scott travelled the world and worked on the European Tour for over 10 years, which has exposed him to a working environment where the only acceptable standard is excellence. Preparing golf courses for, and working in direct contact with, the best players in the world has certainly focused his pursuit of perfection.

His career began at West Kilbride Golf Club where he learned the Greenkeeping ‘trade’, then moving to Wentworth near London to further his experience and career. He then took a position at Jack Nicklaus’s Polaris World project in Southern Spain, where he was part of the construction team that brought the project to life! He took on the responsibility of managing the golf course in terms of both building a team and preparing the golf course to the highest standards expected. At both Wentworth and Polaris World he learned the value of teamwork,strong communication and people skills, which added to the fundamental value of hard work, extremely high standards and a soundness of judgement which makes him a natural leader.

After 3 years in Spain, he developed a desire to prepare Championship golf courses for the best golfers in the world, to create a fitting stage for players like Rory McIlroy, Justin Rose, Tommy Fleetwood, Henrik Stenson and Sergio Garcia to showcase their incredible talent. His time on Tour (over 100 events) has made him an incredibly versatile Greenkeeper and ensured his standards remain second to none.

He joined Golf Saudi in February 2020 as Director of Agronomy.